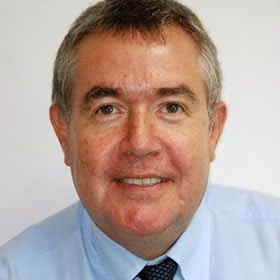 Rafael Prieto Zartha is the editorial director of Qué Pasa-Mi Gente newspaper of Charlotte, N.C. From 2010 to 2013 he wrote a weekly opinion column that was published nationally, in more than 40 media outlets, on immigration and other relevant issues to the Hispanic community.

During his 41 years of journalistic experience in the United States he has worked in print, television, internet and news agencies. He worked for various U.S. major Spanish-language media operations around the country, including EFE (the leading Spanish-language news agency and the fourth largest news agency in the world), Univision, CBS TeleNoticias, ECO-Televisa, Telemundo, Canal de Noticias NBC, Nuestro Tiempo (a bilingual publication of the Los Angeles Times), Noticias del Mundo and La Opinión, the largest U.S. Spanish-language newspaper.

Originally from Paipa, Colombia, he has lived in Los Angeles, New York, Miami, Washington and Charlotte.

Mr. Prieto won the National Association of Hispanic Journalists’ (NAHJ) first-place award for print-commentary in 2007, an honor attain by writers from The New York Times, The Miami Herald, The San Francisco Chronicle and The Detroit News.

In 2011, he was honored with the Justice Seeker Award by the Charlotte-Mecklenburg Community Relations Committee, a City of Charlotte division that serves as a civil and human rights protection group. The Charlotte Observer selected him as one of the “Seven to Watch in 2008”, an annual selection of the city’s most influential opinion-makers.

In 2017, he received the Latino Diamante Award, a North Carolina statewide honor for Hispanic leaders.
Mr. Prieto is one of the founding members of the NAHJ, was president of the NAHJ Charlotte Chapter, and a former vice president of the California Chicano News Media Association (CCNMA).He organized the first U.S. Spanish-Language Media Conference in 1982.

In Charlotte, besides his journalistic duties, he has been involved in the board of Alianza, a Latino initiative to prevent the use of drugs by Hispanic youths, and the Comité de Fiestas Patrias y Tradiciones de Charlotte, a cultural organization dedicated to commemorate the national day of each Hispanic American County, Puerto Rico, Spain and the United States of America.