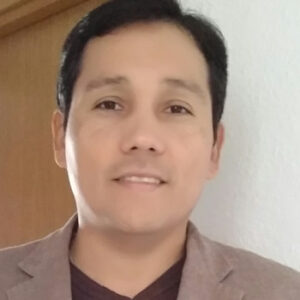 Public Administration Professional with studies in fundamental rights and public law and artificial intelligence applied to industry 4.0. He has participated in different cultural, academic, business, and technological projects in Colombia, Spain, and the USA. He performed as an external collaborator in the Thematic Network “Language and Science” of the Universitat Autònoma de Barcelona – UAB.

He has participated in several lexicographic projects from the creation of digital corpora, among them the “CorpusPAP” project for the creation of the “Pan-Hispanic Dictionary of Public Administration in Plain Language” also, the “Dictionary of the Arhuaca indigenous language.” The project compiled general information on Colombia’s indigenous peoples in the digitized work “Indigenous Peoples of Colombia – 2010”. Since 2009, he develops and coordinates the “lamochilaarhuaca.com” cultural project to promote and disseminate the Arhuaca indigenous culture through its most representative works: the Arhuaca backpacks.