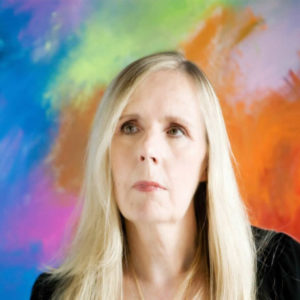 Cristina Bertrand obtained her PhD in Philosophy and Letters at the Universidad Complutense de Madrid, Spain, and completed postdoctoral studies at the University of California Santa Barbara. She is a corresponding member of the North American Academy of the Spanish Language (“ANLE”) based in New York City, associated with the Royal Academy of the Spanish Language (“RAE”). She obtained the Certificate of Pedagogical Aptitude from the Universidad Autónoma de Madrid, School of Educational Sciences, and a Certificate of Teaching Methodology from the Los Angeles Unified School District (LAUSD), United States. She studied Medicine for four years at the Universidad Autónoma de Madrid (UAM) and obtained an international recognition certificate from the International Education Research Foundation (recognized in the United States), and the Teaching Credentials certificate, in 1985. While a medical student at the UAM she headed triage at the Hospital La Paz Emergency Department, Madrid.

Dr. Bertrand has over 20 years of teaching experience in Curriculum Development; teaching Chinese and Spanish using the Kĕyĭ System, which she developed and implemented in Shanghai, China at Kĕyĭ School; teaching Spanish to health professionals at the City University of New York (CUNY); and developing the Organizational Excellence Program for employees of the Los Angeles Unified School District (LAUSD).

At Belmont Adult School, in Los Angeles, she directed the English as a Second Language and Citizenship Programs, and was in charge of 25 courses, 20 teachers and 13 Community Centers in the Los Angeles area. Under her direction, student attendance doubled in the first year reaching 6,000 students per year, elevating the school’s ranking in the Los Angeles district from the bottom to number two in the district.

She spoke at the following: International Symposium on Wise Management in Organisational Complexity, held in Shanghai at the China Europe International Business School (CEIBS) in May 2012; I International Conference on Traditional Chinese Medicine at the Shanghai Exhibition Center, in May 2013; International Education Symposium held in Cadiz, Spain, in July 2012, and at numerous international conferences over the last five years.

For the past 8 years, Dr. Bertrand has been working as a translator for the Spanish Translation Center of the Columbia University Clinical Trials Office.  Previously, she participated in the review of U.S. government medical glossaries as a member of the North American Academy of the Spanish Language. She worked for two years in Miami at the medical desk of Reuters news agency and worked as a freelance translator for a major translation company during those years. She has been a member of the bilingual translation newsletter Apuntes for 8 years, and has 20 years of medical translation experience, 5 of which at Kaiser Permanente in Los Angeles.