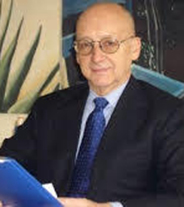 Frank Gómez is an award-winning former career Foreign Service Officer (Colombia, Costa Rica, Mali, Haiti and Washington), a retired corporate Fortune 500 executive and an executive at Educational Testing Service. He began his Spanish language journey as an English teacher in Guatemala in the 1960s, followed by teaching Spanish for the Peace Corps at the University of Washington.  After one year of teaching, he was named Assistant Coordinator of the program.