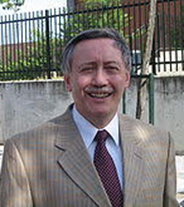 Francisco Marcos Marín is a linguist with extensive experience in Digital humanities, Language and Health, Computational Linguistics and Machine Translation, and a vast knowledge of languages. He earned a PhD in Romance Philology at the Universidad Complutense de Madrid in 1969 and a Certificate in Language Disorders, at the MD level, at the School of Medicine at Universidad Autónoma de Madrid in 1983.

The author of more than fifty books and three hundred articles in scientific journals and the translator of books, scholarly articles and poetry, he also collaborates with Latin American and European media and publishes poetry and short stories. He is a member of the North American Academy of the Spanish Language and the Argentine Academy of Letters.